Christmas Day. Tricia and I are listening to the wireless (for younger readers it is a primitive, but effective, broadcasting system - like television but with better pictures). I think the programme is The Best of Woman's Hour. There is an interview with Annie Lennox of The Eurythmics during which she sings a slice of the hymn In the Bleak Mid-Winter. 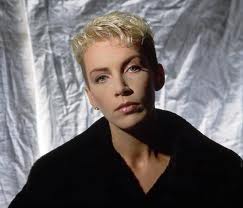 Later in the interview Annie's previous band, The Tourists, is mentioned and I am catapulted back to the bleak mid-70s. 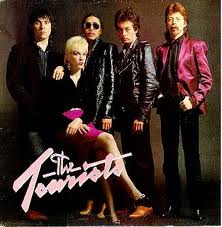 My girlfriend, Mandi, had met someone connected with the band who told her that they were looking for someone to design a logo. Always up for the game, and convinced that I was a talented graphic designer (probably because I had told her that I was) she put my name forward.

A few days later I am on the phone to The Hope and Anchor pub in Islington:

RPJ: Hello, can you put me on the guest list for Thursday?
H&A: Why?
RPJ: I have a meeting with someone from The Tourists.
H&A: Err.. OK, what’s your name?
RPJ: Paul Jones (I seldom use my full name with people I don’t know as they have a problem with the implied hyphen, so I tend to drop the ‘Richard’.
H&A: Hey! Sorry, of course. No problem…
I am somewhat confused but content that I can get into one of north London’s better pub gigs without paying - so if nothing else happens, I am in credit.

It is Thursday. I arrive at The Hope and Anchor. The chap at the top of the stairs to the basement venue where the bands play holds his hand out for my ticket. I trot out the awful line “I’m on the guest list... Paul Jones” He pauses, looks at me, looks at the guest list, seems satisfied but unsatisfied at the same time, and after a second’s pause (that seems to last an age) nods me through.

I find the band’s dressing room and spend half an hour talking about all sorts of things including a little of what is required. The conceit is that The Tourists are visiting Earth from another planet. I am sure that this will be reflected in their lyrics and that careful listening will flesh out the very brief brief.

However, as may become apparent in future blogs I am ASTONISHINGLY bad with lyrics and tend not to listen to the words in songs. This is a serious failing, and one to which I will return, but suffice to say that I stayed for the gig but do not remember a thing about it, or the lyrics, or the songs, or the tunes, or the members of the band - or anything else for that matter.

Later I did a few sketches of ideas including one of which this is the essence. 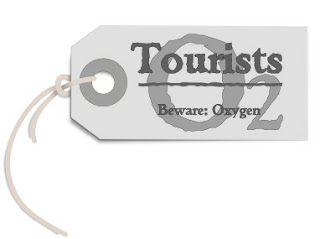 For reasons to tedious to go into, I never submitted my thoughts. Whether they would have been appreciated is unknown. Now that it doesn’t matter, whatcha think Annie?

By the way, I did not know that former Manfred Mann singer, Paul Jones (real name Paul Pond), and his excellent Blues Band, were regulars at The Hope and Anchor. I suspect that the ticket-checking chap on the basement stairs had been comparing me with his mental vision of Mr. Pond and decided I was close enough, and was not prepared to make a scene.

Many years later I was to miss another opportunity for a serious name-dropping experience when I went for a pint with my mate Gary who was in Pump Boys and Dinettes, a touring show with Paul Jones, Kiki Dee and Carlene Carter... (see I Wasn't There - Cashing Out).
Posted by RPJ at 10:48 AM

Email ThisBlogThis!Share to TwitterShare to FacebookShare to Pinterest
Labels: Dim and distant