Our stage production comes from a local supplier called Talentz. Their Production Manager is Kevin. Kevin knows what he is doing and speaks very good English, personally, I think he is from Hounslow. This is good. 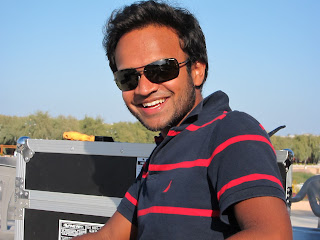 The stage is for opening speeches and video promos. It is home to the main Dynacord PA system for the firework music, some lights (PAR 64s) and a couple of back projection video screens...

There are delay stacks further down the lake. These stacks are very loud at times, presumably so that those who cannot get to the front of the stage are not denied the opportunity of damaging their hearing. 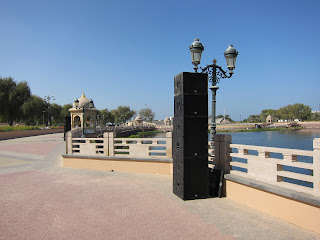 The stage is a concrete plinth. It is perfectly level. But if it had a rake, Talentz have a pretty effective system for stopping flight cases rolling off the front and squishing passers by. 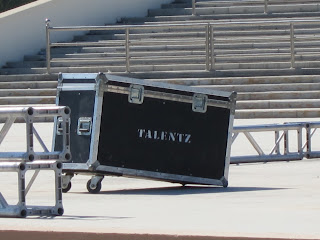 The system is not so good from a moving-stuff-around-easily point of view, but you can't have everything.


I asked Kevin’s boss how he erected the truss. He said 'you should go away while we put this up, you will only get stressed'. As it happens they were not too bad, I have seen worse at our local fete. I just wish they would get their workers some decent shoes. They are also required to do rigging which is a little worrying. There are four 'riggers' in this picture. Can you see them? (clue: none of them are standing on the ground) 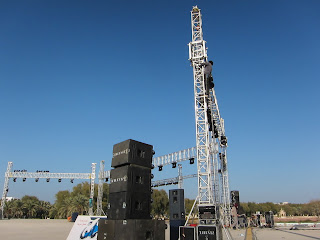 Talentz have some Turbosound speaker cabinets which take me back a few years. I think these might have been sold by 'Cheeky' Tim Chapman. 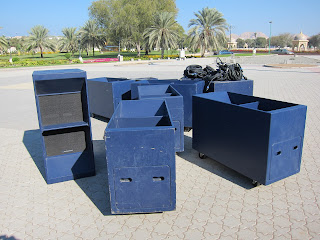 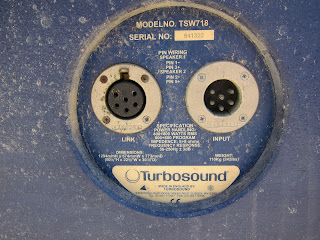 Turns out they are not just for the PA system, some are used as stands for the video projectors. 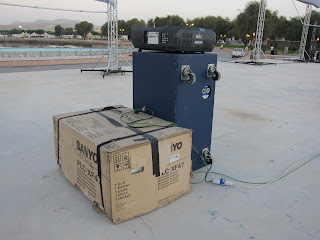 What an incongruous end. I remember when they were THE state of the art way of going deaf in a confined space.

Kevin drives the sound from here: 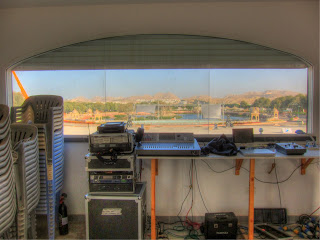 The fireworks are behind him. It's a good job we do not have a black box stage or he wouldn't see anything. But he does have a lovely view of the lake and will always have somewhere to sit.

C’est la vie (as they say in Hounslow).


PS Further investigation reveals that Our Kev was at college in London and regularly visited friends in Hounslow. So that's ten points to Mr. PJ