Managed to flag a taxi to the station. It is only around a kilometre and when we reached the station the meter read €4.50, exactly half the fare I paid in the other direction the night before. I was then informed that there was a minimum fare of €10 which included a ‘Look pal, there is no way you are going to argue the toss over €5 so just pay up.’ sort of look. And he was right.
I just love taxi drivers, they make the world so much more interesting with their “Guess who I had in the cab… I’ll tell you what’s wrong with this country… and just give me a shit load of cash for bugger all”
Arrived in plenty of time so I had an opportunity to look round the station concourse. The first thing one notices is the very sparse Christmas decoration, well it maybe not the first thing… 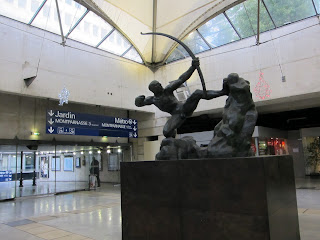 But they are sparse, just the two of them hanging down like that.
In addition to Hercules (for that is he) they have this… 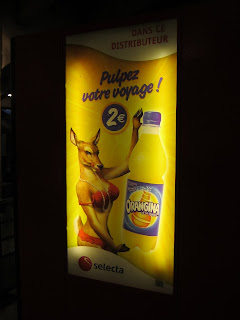 ….which I thought was a kangaroo but may be a deer. I don’t know who commissions the art work but I’m sure Mr Freud would have something to say about them. Mind you, €2 for a kangaroo/deer, is not bad.
There is no platform indicated on the board... 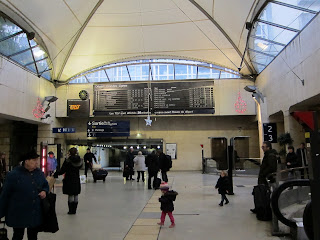 ...so I go for another look round.
They obviously expect delays so they provide some distractions. I think they take bets on how long the delays will be and have a number of Tote windows where punters can place their bets directly. For those who prefer their gambling to be a little more immediate there are any number of fruit machines dotted around. 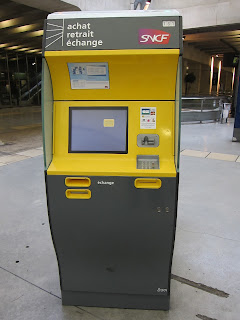 Well, that’s what the porter told me.
It must be said that for fruit machines they are not very ‘bling’ and not many people were playing them.  And now I come to think of it the betting slips looked very similar to my travel ticket.
The porter also said that this woman had just won a dog. She seemed to be checking the terms and conditions on her winning ticket, but I may have misunderstood… 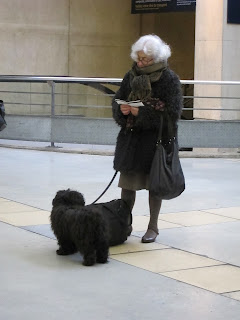 But they are certainly very environmentally aware and have special machines where you can compost your tickets when you have finished your journey. 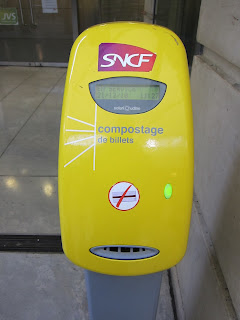 The station is on a number of levels and seems to come apart if this diagram is accurate. 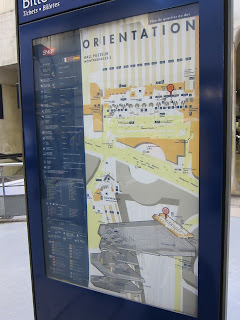 There is something soviet about this station, this window has a definite 1930s feel about it. 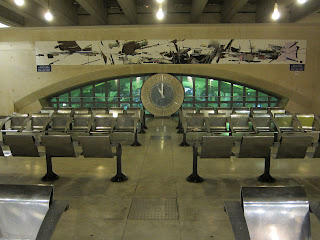 And it affords a good view of the tracks.

Meanwhile the view of the board is worrying. Is it going to come up with a platform number or a big red CANCELLED?
Watch this space…
Posted by RPJ at 7:43 PM