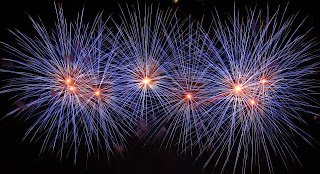 The Merlin display on 10th Dec was the third display and marks the half-way point in the championship. I have a new Canon Powershot S95 which has a LOT of automatic features, controls and settings. Many of these depend on which mode that the camera is in - and it has a LOT of modes. I tried to work out the number of combinations but the calculator ran out of puff. I think it may be jealous.
I finally found some time to read the instruction book, and managed to get some half-way decent pix. There is a fireworks setting on the camera which opens the shutter for about a third of a second, which is good for catching the traces. But it is also important to turn off auto-focus and image stabilisation, face recognition, blink detector and a few other esoteric settings.
Then there is the matter of anticipating whether the action will be worth a photo at all (of course it will!), whether it will be high or low in the sky and estimating the shutter lag and exposure time. If the shutter opens half a second after the button is pressed, the effect may, or may not, still be happening. If it closes too soon there may just be spots of light rather than traces, too late and the whole picture could be burned out.
Incidentally, the blink detector mentioned above is similar to the self-timer except it takes the picture two seconds after it detects a blink of the subject's eye - I haven't tried it on a crowd shot yet as I don't want to end up with a paranoid or bi-polar camera.
Anyway enough of this, here are some of the reults. Click on the pix for a larger version: 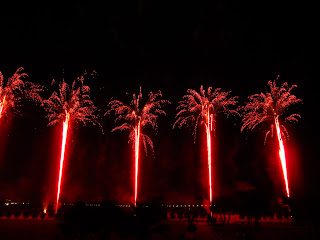 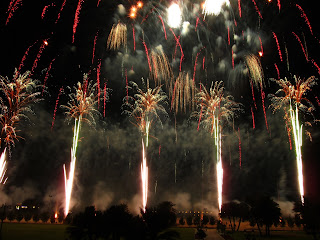 Not sure if these are treesbut they were big and loud 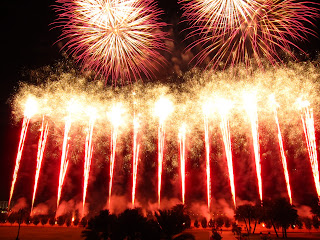 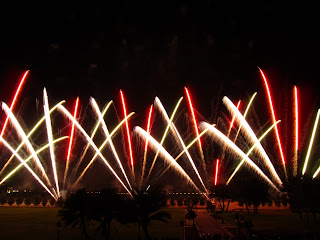 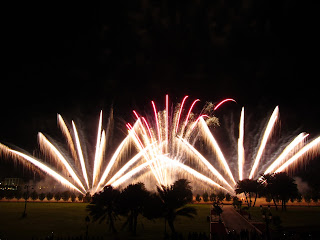 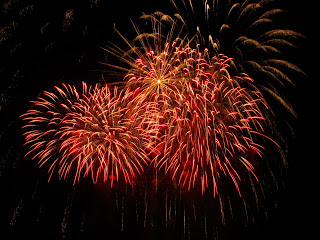 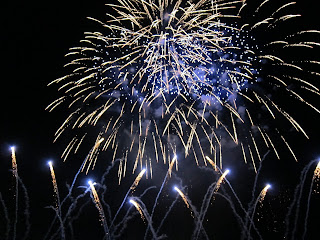 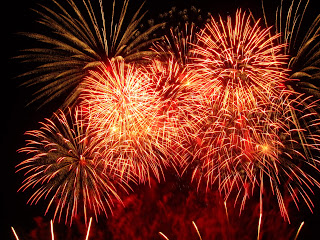 This is residual smoke, not strictly part of the display
but a nice effect nonetheles 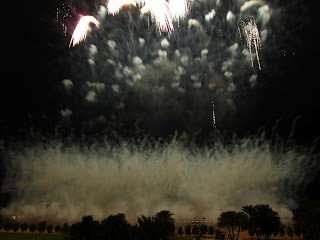