Anyone who has visited the UK's only open cast Piltonite mine on Worthy Farm in Somerset will be familiar with the raw material. Indeed the farm was thought to be the location of the motherload. This theory is now under some doubt following a chance discovery in Oman.

Strangely the residents of Oman have not recognised this resource which is literally on their doorstep. 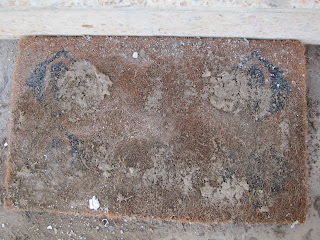 Indeed one local described it to me as 'sand'. This is a perfectly understandable mistake. To the untrained eye it looks like a coarse grainy material so like sand that only a closer inspection can discern any difference. 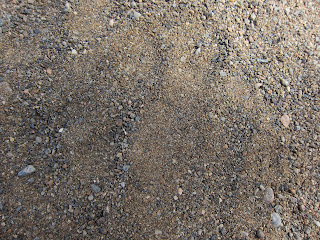 But the seasoned Piltonite prospecter will be alerted by the fine dust which gets everywhere and is a strong indicator of the presence of the second form of Piltonite. 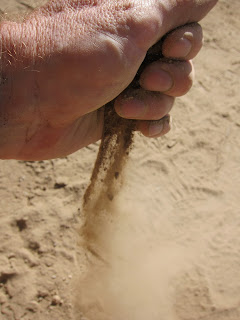 Also known as Robertim, after the man who first identified the substance, the first form of Piltonite is a sold block which can support the weight of a pyramid. The second form is a fine dust known as Piltyballs.

Although the tests results have not come back from the laboratory, the suspcion is that it is finest grade Piltonite and that the Omanis are sitting on a very large deposit. Improvised tests, involving mixing the dust with a special emulsifying agent, not readily available in Oman, back up this suspicion. 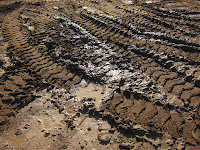 Stock market tip: Sell your UK Piltonite shares before news of this glut leaks out and forces the world price to an all time low.
Posted by RPJ at 8:06 AM