“I remember a tip of dad's:  The old boy had a thing about wasps,
and always wore bicycle clips while mowing the lawn”
Vivian Stanshall – Rawlinson’s End
When I was a kid I would see adverts in National Geographic Magazine showing glamorous Americans cruising the turf on lawn tractors relentlessly beating their splendidly smooth lawns into submission. A ride-on mower was a serious object of desire and I could not imagine the circumstances where I might have one. 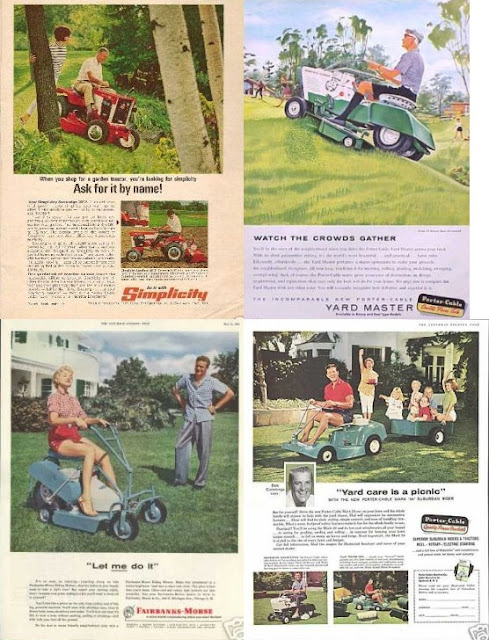 Well, now I can, and several times a year I use a 20hp, V-twin, grass mangler to attack our meadow. Subtleties like evenness, alternating stripes and neat borders are no part of my plan. My sole aim is to hack the stuff back to a level where it is no longer a fire risk.
It takes an hour to do the top part of the meadow because is quite steep and there are loads of trees, and it takes a  couple of hours to do the bottom part because it is quite big. The result is an hour of 45 degree manic tree avoidance followed by a couple of hours rather tranquil plodding back and forth. Mowing on a hill involves lots of shifting from one side of the seat to the other in order to maintain a more or less vertical sitting position. Anyone who has seen a motorcyle sidecar rider in a hill climb will be familiar with the movement (if the foregoing sentence is a complete mystery, check out this clip from You Tube).
The process of switching from one side to the other is referred to by our neighbour, Alain, as 'Le danse du canard'. And he should know as he does a lot of mowing and is also something of a canardier. I have yet to see him danse but will assume that like most Frenchmen around here he has a certain terpsichorian ability.
Plodding is an ideal opportunity to see what critters are skulking in and around the herbage. The grass is crawling with crickets, grasshoppers and praying mantises (Google them if you want to know what they look like) as well as a number of beetleish and millipede type things. There are also butterflies and other  flying things.
As you can tell entomology is not my strong point.
One thing I do recognise is a hornet. They come in several varieties (Asian, European, domestic, diesel etc) but I do not really want anything to do with any of them. If it looks like a super-sized wasp then it is to be avoided. Last time I cut the meadow I was stalked by one. Stupid as it sounds I even took a picture of it.
OK, it’s not going to win an award for wildlife photography but you can see it here in this close up and it is on an intercept heading.

For some reason it gave up chasing me and concentrated on a hornet-magnet somewhere deep in the grass. It was still there when I came round the next time, and the time after that – on each occasion I took a photo to reassure myself that it was the same one and that there was not part of a squadron forming for a mass attack.
Back at the computer I looked at the evidence, and on blowing up the recconaisance photos discovered that I have taken a three pictures which would not have looked out of place on a plane identification chart from the second war ARP handbook.

While I am satisfied that it is the same beast, they do tend to have certain physical similarities. Identification of individuals is not helped by poor quality photographs. It hardly needs saying that focus and framing are likely to be severely compromised when shooting a malevolent insect single handed from a ride-on mower on a rough bit of pasture – but then, as some of you know, there are times when I simply can’t be arsed.
Posted by RPJ at 3:37 PM No comments:

Crapstone – what’s in a name?

My sister, Grace, and her family live on Dartmoor. 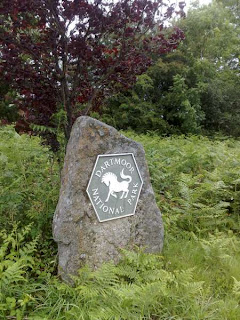 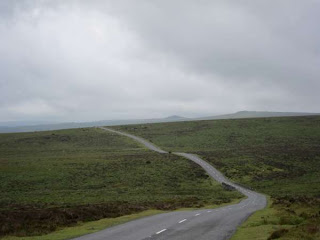 So is picturesque (there's a shedload more scenes like this I could not be arsed to take any more photos of them - that's what postcards are for). 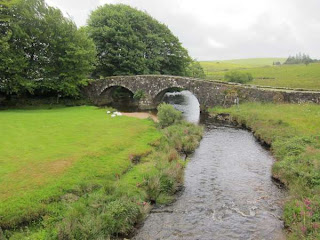 Dartmoor is probably best known for its prison...
and ponies. 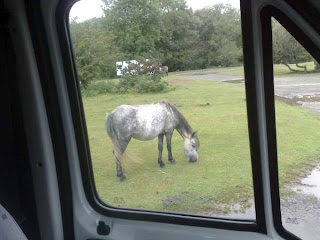 and not so well known for layabout punk sheep… 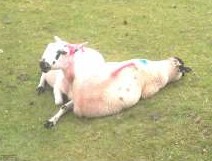 …and the Paperweight  Centre... 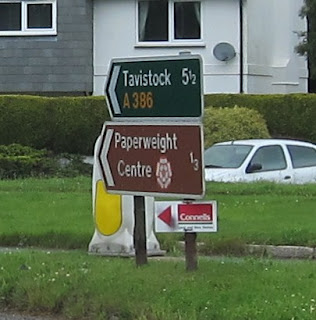 ...which is home to “The Broughton Collection”.
Grace and Co live in the village of Crapstone… 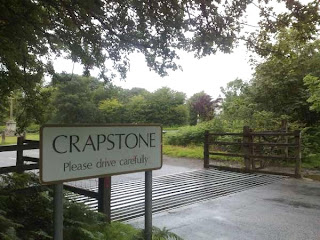 …which is a fine(ish) place with a proud(ish) heritage involving the RAF and to a lesser extent the RAC.

The RAF had a base here and there is a war memorial commemorating the Great War. I suspect most of those named were navy or infantry and some were from Crapstone... 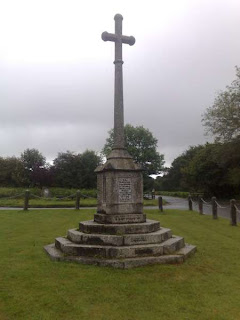 on the monument they refer to the wider area of Buckland parish: 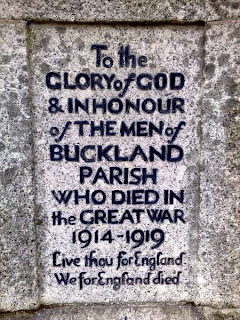 The RAC have an advert featuring Vinnie Jones reluctant to say ‘crap’ in front of (presumably) his daughter. For what it’s worth, while I was looking for the advert, I searched for the AA... The advert was, and may still be, here.  If not there is a copy here [You will need a FLV player to play this clip – you can download one from here - Ed.]
The fount of some wisdom and not a little misinformation, Wikipedia, notes that: “The industrial hub of the town is found in the Crapstone business park, while the chief financial district is located at the banking counter within the local post office.” Reluctant as I am to dis this most worthy of undertakings, I suspect that the writer was not paying attention. It seems that the industrial park is also reluctant to speak its name:
On the topic of reluctance, the Dartmoor promotional web site http://www.discoverdartmoor.co.uk/ does not list Crapstone. This may be because they think it is not in the Dartmoor National Park which is true. However I have stood with one foot in Crapstone and the other foot on Dartmoor without a hint of discomfort. Whereas to do this from Yelverton, Tavistock or Exeter (to name just three) would require legs several miles long - and they are listed.

One theory is that inclusion of the word Crapstone would reduce the number of hits on search engines – which may explain why Scunthorpe is known locally as Scunny and is not such a popular tourist destination.
Posted by RPJ at 10:02 AM No comments: