Odd One Out Competition: Cows1

Fabulous Prizes to be Won

Email ThisBlogThis!Share to TwitterShare to FacebookShare to Pinterest
Labels: Odd One Out Competition

The sky to the west was grey. Not so much a cloud, more an all enveloping overcastness, but thin – like a sheet of greaseproof paper. 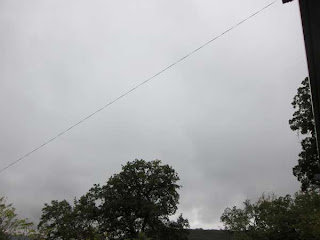 The sun was going down, the light turned to deep red and the sky radiated redness 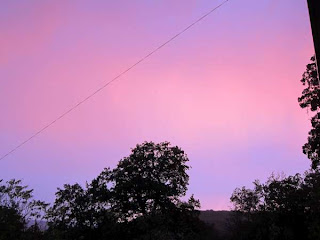 As it shone through the overcastness it lit the valley which, being mainly green, did not really do it justice. To the east, it stained the bleached wood of the barn, the camper, workshop wall and the stone on the drive. 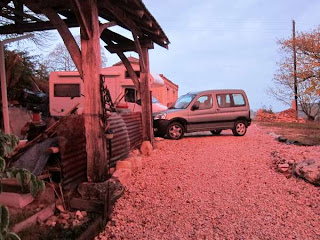 It also lit the side of the car which while being green, has a lustre finish which made it glow.

Meanwhile, the valley hummed with the optimistic anticipation of shepherds
Posted by RPJ at 11:06 AM No comments:

The unconscious Radio 4 monitor in my cerebral cortex said “Oi! Listen up!’. The reason for this extra sensitivity being that I had just written a short news story about that very attraction. My client’s brief had included the instruction that I MUST NOT call it the London Eye. It is now The EDF Energy London Eye and woe betide anyone who leaves off the first bit.

With the brain now consciously listening to what had hitherto been background chatter, I heard that Brighton was to have a similar spinning structure. Google pointed me to the web site which had relegated the star of the show, i.e. an enormous great wheel, to a rather banal graphic. They preferred to feature some attractive but essentially vacuous models, supposedly enjoying the VIP lifestyle. This is a visual cliché beloved of the elected members for Brighton and Hove City Council and its associated QUANGOs who think such people enhance the image of the place as a wired-up, switched-on and open-for-business city. Whereas, to my jaundiced eye,  it just makes the place look like a tosser’s paradise – but I digress.

So, in the same way that the Noble organisation changed the name of the Palace Pier to the Brighton Pier, the wheel’s owners saw sense and called it the Brighton Wheel.

Well, not exactly, for while they have not prefaced it with a clumsy corporate credit like its big brother up in the Smoke, they have dropped the definite article which means it is just Brighton Wheel. Even more unfortunately they have added a tag line ‘a sky voyage of Brighton and Hove’ which is just plain ugly  – a voyage of B&H? Surely not.

A voyage suggests a journey from one place to another, preferably by sea - not by the sea. And even if you come home again you should still have been somewhere in between. I do not think going 45 metres up in the air and then down again to land in exactly the same spot counts as a voyage. On the other hand I recently worked on an event which involved building a boating lake on the roof of Selfridges in Oxford Street. It was named ‘A Voyage of Discovery’ and that seemed quite acceptable as a title.  But I doubt the tag line will have a great effect on the wider success of the undertaking, as grammatical pedantry is unlikely to be a major consideration for those who come to Brighton in search of a quick ride.

Anyway, having discovered the existence of this Brighton beach based big wheel, two questions immediately leapt to mind – what does it look like and how much is it for a spin?

Answering these questions was not so simple on the BW web site. Well, as already mentioned, the logo shows a silhouette of the wheel, but it is hardly an image to capture the imagination let alone create an irresistible urge to ride the thing. Secondly the on-line booking process staggered to a halt before getting to the bit that says how much it cost.

Unperturbed, I dialled the box office number. A charming young woman whose name escapes me completely picked up the call with a cheery “Brighton Wheel, how may I help you?”, “Is the wheel open yet?” I asked, to which I got the unexpected reply: “I’ll  just check…” After a moment’s pause she confirmed that they were indeed open.

Call me naïve, but if I worked in the box office of a bloody great passenger carrying wheel I would like to think that I would know if it was open. Anyway I said that I had been looking at their web site and was wondering why there was no picture of the wheel on it? She sounded surprised and said she would look into it. I also mentioned that the on-line booking thing was kaput. She promised to look into that as well. We had a little chat about things wheelish and I discovered that that it cost £8, took 5 minutes to go round, that it was on a 5 year lease and had originally been in South Africa or was it Australia? I decided that this was probably not the time to enquire about the tagline.

Notwithstanding the above, the web site was not a complete waste of time and did divulge the information that there was a VIP capsule. Well this is Brighton.

Since my call to the nice box office lady, the web site header now includes a banner cycling through five pictures. Four of these show the wheel...

...though bizarrely enough the first frame does not (see first picture). It may be that it has always been this way and that my very slow connection failed to get to the second image before I called the box office. But either way they are missing a point, a quick look at a site like this should say BIG WHEEL - RIDE ME. This one does not, good job I am not an influential web site reviewer.

Being Brighton, there is much discussion about this revolving recreational ride. Some love it and some think it a blot on the landscape. I do not wish to join in this debate on the grounds that I quite like it, but do not have to live with it full-time. Also, while generally welcoming the revitalisation of the derelict seafront, I miss the dereliction of the abandoned arches, snow on the deserted beach and the grounded fishing boats which have long since retired to a less valuable piece of real estate.

Writing this has just reminded me of an incident I have not thought about for 25 years: Leaving the Zap Club in the wee small hours of a winter night I found a rather chilly John Hegley (a poet and musician of a humourous nature, m'lud) contemplating spending the night under one of these delightful, fishy-smelly craft having missing the last train to London after his gig at the club. I put him up for the night at Seaview (a run down tearraced house in the suburbs of Brighton and home of the Art Police) and gave him a lift to the station the next morning – how good am I? Obviously not good enough it seems,  for much as I like a bit of earthiness of car dealers and scrapyards around the back of Brighton Station I completely failed to prevent the powers that be from turning it into a ghetto of third rate, multi-storey nothingness. I also regret the renaming of the Place Pier and relish the 20 year old debate about what ‘real’ Brightonians should call it. But the detractors can take some comfort from the temporary nature of the wheel’s five year lease - even if the passengers may not: 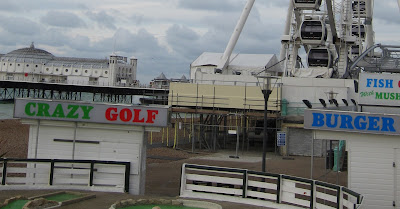 Personally I am not sure that a few bits of scaffold are adequate to support this load, but I am not a structural engineer, so what do I know? Mind you, bearing in mind the prevailing wind, which blows onto the shore, it would certainly be an appropriate voyage of something to end up in the Sea Life Centre ideally located in the landing zone, right across the road.

It would certainly give the short snouted seahorses, octopuses and assorted crustaceans something to think about. 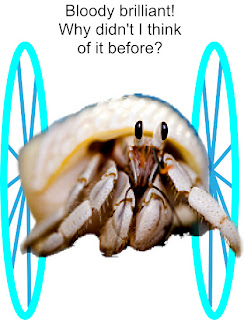