On the way to Tractomania I saw this pile of red stuff the other day. It looked like road grit awaiting the winter snows..

...but it was covered in pigeons

Curiosity got the better of me as usual so I went to have a closer look.

A billion tonnes of stripped corn cobs. They grow massive quantities of corn on the cob in France, and then feed it to cattle.

This is not to be confused with Meryl Streep's Corn on the Cobb in Lyme Regis. 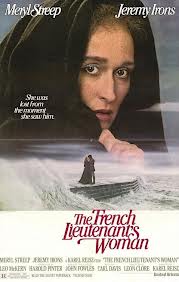 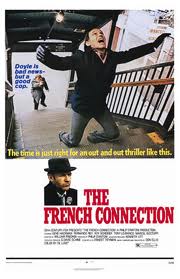 It reminded me of a trip back to UK, I had some time to kill in Dieppe waiting for a ferry and drove around looking for something to quell the boredom. There was another pile of pink stuff. 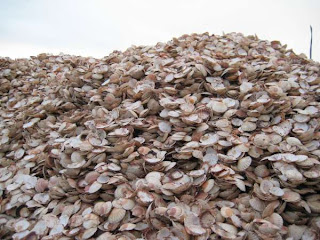 It turned out to be a mountain of empty scallop shells having been relieved of their edible part and now waiting to be ground up into fertiliser, or possibly road grit. I didn't hang around  for long as this pile of very old seafood was more than a little stinky.

I was struck by this connection with the Chicken Ranch as our village is on the Chemin St Jaques. Each summer we are invaded by pilgrims making their way to Santiago de Compostella in Spain. They invariably wear a Coquilles St Jacques which is French for cheap ashtray. They wear it to show they are on a mission from God. 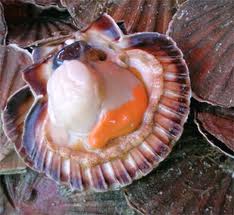 The edible bit is known at the Noix de St Jaques.  Our local pizzeria has a menu in English where this item appears as 'St Jack's Nuts'. How we laughed (the first time). Of course St Jaques and Santiago are the French and Spanish names for St James, so double-bong to the purveyors of pizza.

Nonetheless, the pizza is fine and the wine is cheap, so tuck in. 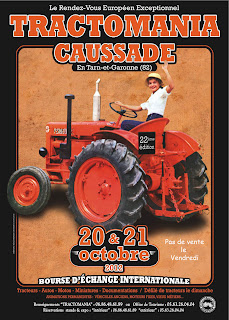 This is the third time I have been to this tractor-and-rust-fest but it is easy to suspect déja vu as it seems indistinguishable from the last time.

In order to maintain the traditional look there seems to be an agreement among stall holders to sell as little as possible and bring it all back next year. The usual ploy is to ask silly money and refuse to haggle. But one chap decided on the more subtle approach and used camouflage. One feels it would have been easier simply not to turn up, but that would not be in the spirit of the event.

Of course, despite their best efforts items do get sold and new stuff has to be brought in to fill in the gaps. For some reason this year it was anvils. They popped up everywhere. If you have ever tried to move a decent sized anvil you will know how unforgiving they are, so just imagine the work that must have gone into reducing this to its current condition.

Once again I was lost in admiration by the enthusiasm, determination and obsession for attaching engines to bicycles... 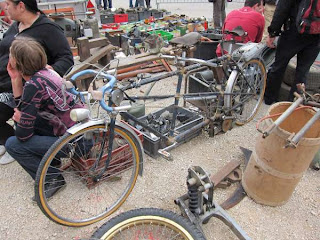 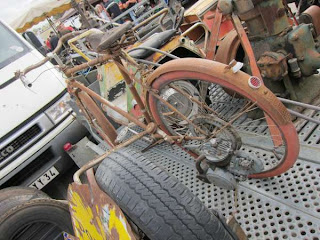 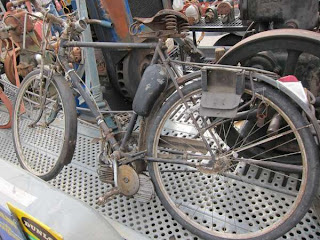 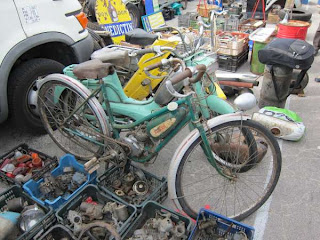 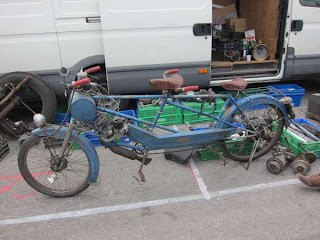 ... and all this  from the country that brings us the Tour de France.

But not everyone was impressed 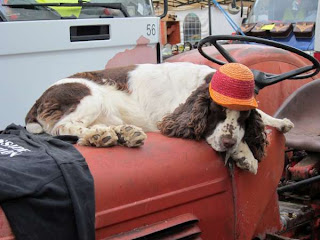 The Michelin family had invited their Dutch truck-driver associate. It seems he is not actually one of the family, but donned fancy dress in an attempt to emulate the fat man, and then inscribed his occupation on his legs lest there be any mistake. 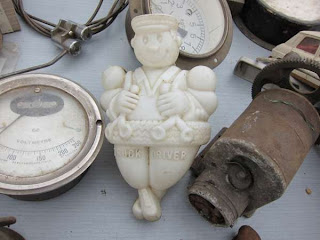 And how’s this for a tow hitch? Someone with too much time on their hands.

I was also able to top up my collection of Stihl lovelies.

Like her colleague from the 2011 event she does seem not to be wholly committed to the protective clothing generally associated with professional tree surgery and lumber jacking.

Of course there was much more to see but in the spirit of the event you might as well refer to last year’s blog  here: Tractomania 2011