We have very nice catering. It is in the Dining Hall. We have good signage and seldom get lost. 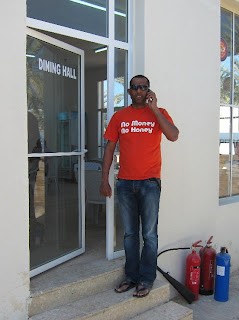 The guy standing outside is Saif Khalif Al Aghbari. He is a bit of a philosopher, most of which is summarised on his t-shirt 'No Money, No Honey' which is a little blunt, but succinct. He is also a proponent of the art of 'No Problem' which usually means there is a problem.

He is known on site as Safe Man. I suppose it would be appropriate if he worked with me, but he works mainly with Rob (the Site Manager), and Debs (Mrs. Bossy Woman) seen here practising smiling. Despite some trying situations they manage to remain cheeerful, so the practice seems to be paying off. 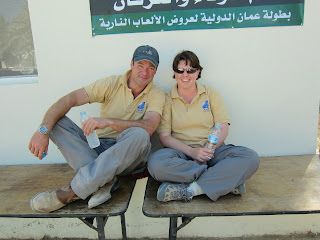 But back to catering. There are two air conditioners and two cabinets masquerading as chillers for water. In fact they are fiendish variants of the infamous VanAmaT(TM) and we have had to put up signs to warn the unwary. 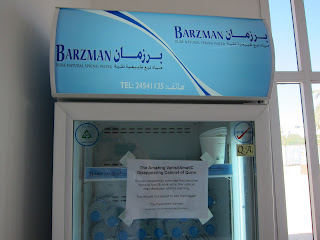 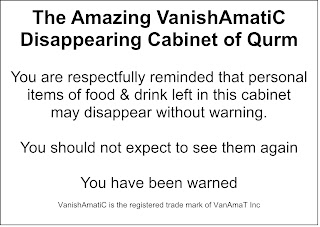 They are particularly fond of sugary substances such as Halva and Coke. The cunning thing is that they do actually chill the water, so no one suspects their ulterior purpose until it is too late.


Lunch arrives from the Cafe Beiruit and is very good. It arrives in gastronorm trays, lovingly cling-filmed and foil-covered, and is delivered in a small van. The trays are always distributed symmetrically in the load bay. 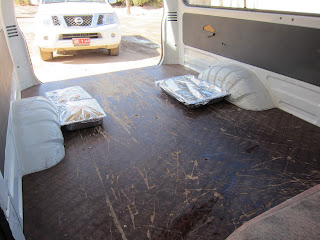 There are salads, humus and other variations on beige paste and chick peas.

And there are a couple of curries, vegetables, rice, breads and a pubbing which always looks the same but can actually be one of three different things.

There is a pecking order, literally, with the teams and management first, followed by the police, drivers... 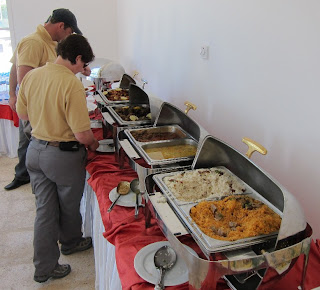 ...and finally the local workforce. 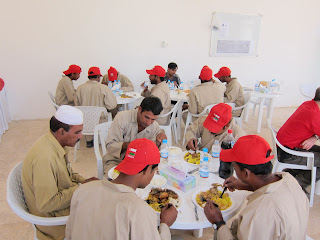 More about the local workforce later...