The Hotel - The Roof

We are staying at the Al Falaj as any reader of arabic would be able to tell if they were approcaching from the north. 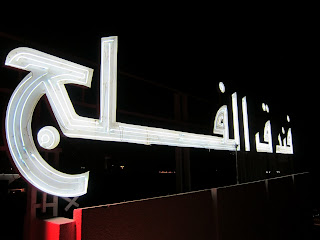 English readers have to approach the hotel from the south to read the name of the hotel, though I could not be arsed to leave the hotel so I went onto the roof and had to mash up the results... 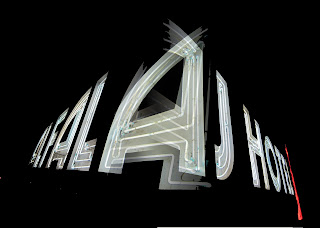 The red symbol is not a powder horn, used for charging muzzle loading rifles  as posted in an earlier version of this blog. It looks similar, but is actually a khanjar, a ceremonial dagger which in less ruly days was a very practical weapon. They come in a variety of styles ranging from very high status, ornate, gold-handled jobs in finely decorated scabbards to low status versions with wooden handles and less ornate scabbards. They sometimes have a small knife attached to the back which was used for cutting fruit and paring finger nails. 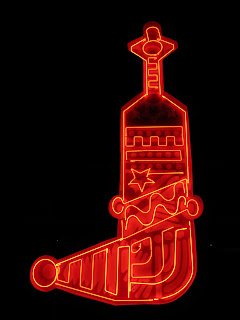 The hotel used to be called something else but it is difficult to tell exactly what. 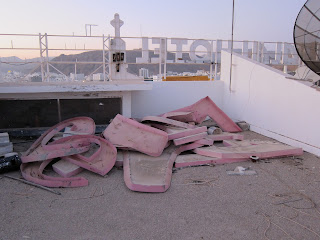 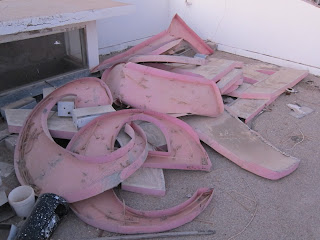 If anyone has a bilingual English / Arabic anagram solver we may find out.
A nice Indian man I met on the roof said that the hotel is operated by remote control from satellites...

...well,  I think that's what he said, but my Urdu, Gujarati, Hinid, Punjabi (etc.) are  worse than my Arabic so I may have misunderstood.
Posted by RPJ at 3:58 AM