Fun with Words - Signs of Oman

To have a business in Oman you must have a sign. Not some brass plaque on the door but a BIG ILLUMINATED sign and it must say what you do.
There is help for thoe who don't read too well: 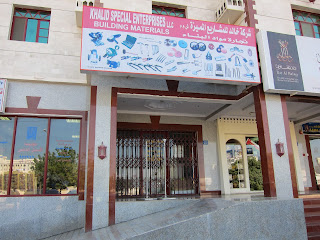 That may well include educated Brits as the 'supply of building materials' means tools (above) and hardware such as door furniture (below). They tend not to sell wood and bags of cement, though I dare say they would pop round the corner and get you some if you asked. 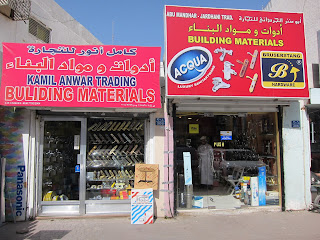 As well as decribing the nature of the business, the sign may give you some linguistic flourish to further extol its virtues: 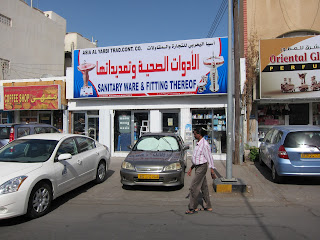 Of course it is possible to be too honest. 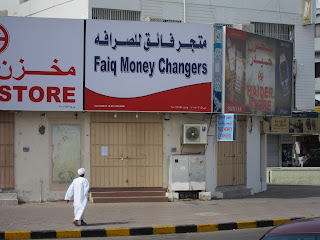 Some shops think nothing of using endangered species to sell stuff. 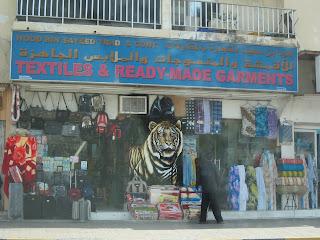 And some try to reassure you of their reliability with technical talk (the sign equivalent of the toothpast advert featuring a chap in a white coat with a clipboard). 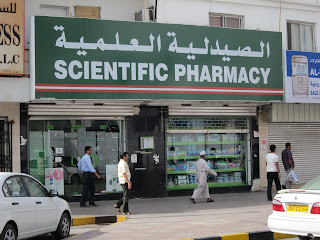 Personally I like my pharmacies to be a bit scientific, as opposed to, say, emotional or experimental. So this one does it for me.
Others do not inspire the same level of confidence. Though the idea of viral jewellery is kind of intriguing. And you should be in no doubt about what you are likely to find inside Silky Textiles next door. 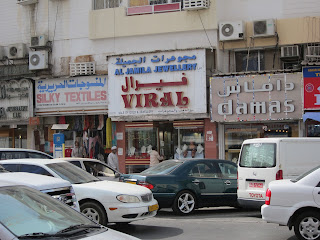 You can get most things over the counter, though some signs make you wonder exactly what is on offer: 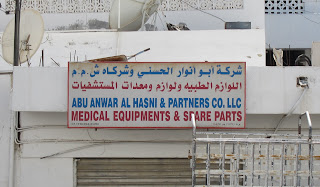 Malls proliferate and, despite being mainly populated by the major international chains they, too, have a few independent traders who entertain us with some interesting signs. 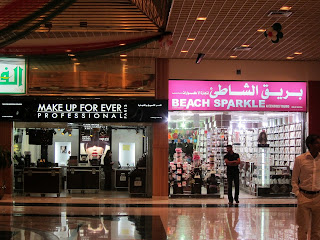 The shop on the left just seems bizarre to a non-make up wearer. It is positioned as 'sophisticated', witnessed by the black and grey colour sheme, blow up fashion photos and the flightcase furniture (What is that about? To me it says 'You need so much of our muck that we need to pack it in boxes the size of a small car, which are capable of surviving the rigors of international air cargo')
But I cannot see the fashionista admitting buying their slap from a store called MAKE UP FOR EVER (PROFESSIONAL / PARIS) - they'd be fessing up to underwear from Pirmark and shoes from Lidl next.
Then I Googled it: MFE was started by someone called Dany Sanz (yeah, likely!) and appear to have 17 stores worldwide. It was also mentioned on several blogs (one sub-titled "where the fashion nerd meets the pop culture obsesed") and I lost the will to go on.

This development still does not make it sophisticated but means it should not really be in an 'entertaining signs' blog  - nonetheless, I am leaving it in as yet another example of how little I know about some aspects of the world I live in.
I just liked the name Beach Sparkle.

But if this were a competition, the winner, would have to be: 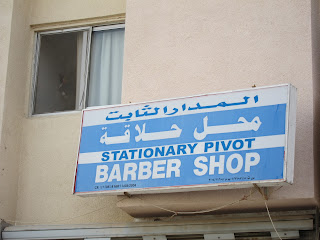 Stationary Pivot may be a direct translation of something in Arabic, or it may just be a delightful description of a stable place around which the universe revolves.

And who would have suspected that this singular point would be in a back street in Oman.

(More fun with signs and beauty tips to come... watch this space)
Posted by RPJ at 6:58 AM