The morning brought the usual elegant bustle of a Parisian suburb. 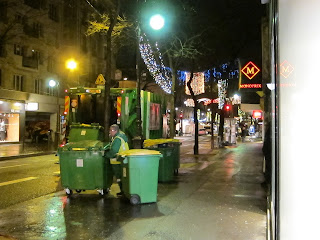 I had a closer look at the outbreak of pavement tentage which indeed turned out to be a marche de noel. Bloody taxi drivers, what do they know. It’s not as if there were no clues. 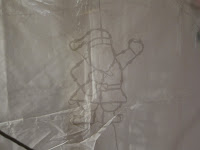 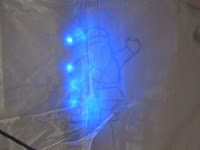 Not so good as photos go, but it is Santa on left
with added flashing blue lights on the right

Next door decked out with tinsel and baubles

The caption above could have been voiced by Ray from the American firework company, Zambelli. He is from Rhode Island and sounds like the voice coach for most of the Sopranos, and any number of Italian American New Jersey movie gangsters.
There was also a poster for the Champs Elysées gig mentioned by the taxi driver squeezed in between two tents where no bugger could see it. 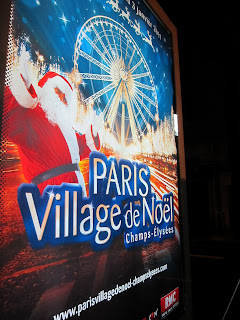 They certainly wasted their advertising budget there, then.

On the way back to the hotel I found a corner café called the Bistro cent’8, which I thought was a bloody silly name for a café. 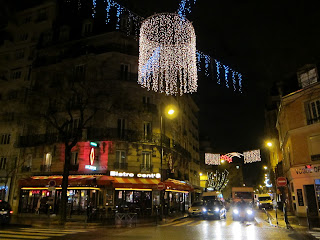 But good enough for a caffine shot, so I went in anyway. 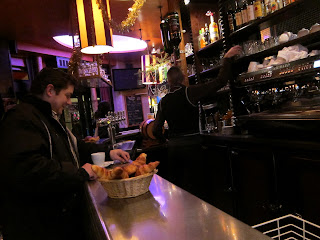 My coffee arrived and I thought I might nick the cup, but it seemed a little unnecessary so I took a photo instead. 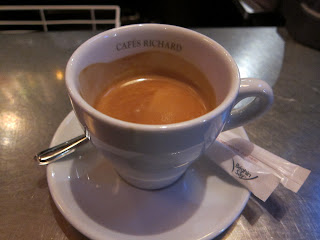 (close-up for the hard of hearing) 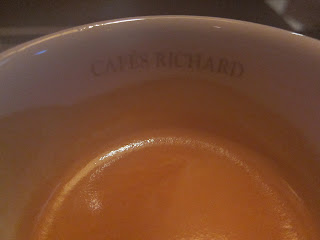 Besides, by extension of the logic, if I nicked the cup I really should have had to have the similarly branded saucer and... 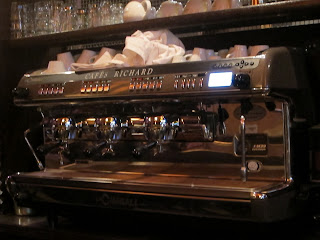 the coffe machine - and I was already over my baggae allowance.

When I came out of the cafe,  Paris had done that thing that cities do sometimes and presented my with a ready made photo showing itself to be something other than a rather smelly place, best avoided.

The moon was looking particularly big, shrouded in cloud, and looked like it does in Oman, with a big bite out of the left hand side - turned out to be an eclipse. Typically the best angle was in the middle of the road. I wanted to try an HDR shot and wished I had a tripod and could stop the traffic. Then I remembered my very short emergency tripod. What? You don’t have an emergency tripod? Shame on you! But I had to stand it on the pavement as the road had become too busy, which meant the Christmas stars were too high to be in the frame. 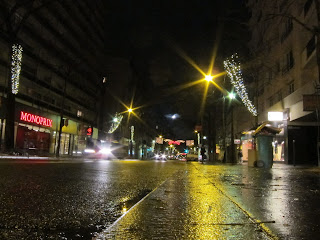 I also took a couple of hand-held shots. As I walked back to the hotel I kept trying for a better shot with a better selection of stars. I only nearly died a few times. Bloody Parisian drivers. You’d think it was asking for the blood of their first born to wait a moment while I stood in the middle of the road and banged off a few pix. Just because the whole of northern Europe is in pre-Christmas weather-related turmoil, they are late for work and there is an ambulance with blue and twos just behind them doesn’t mean you have to be rude. 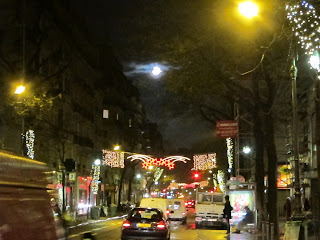 Anyway, despite their complete lack of consideration I got this picture before the clouds closed in. Not a great shot but I was working in conditions of great adversity.

I also got this HDR which is good for colour but completely out of focus. There are so many contorls on this new camera that some basic functions, like focus, get overlooked. I will just have to try harder. 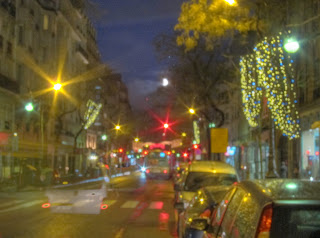 I went back to look at the stalls again when it was light and there was definitely a Christmas theme developing. 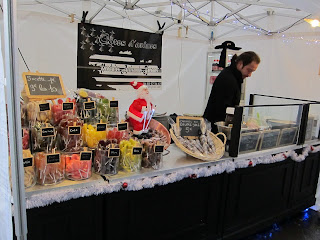 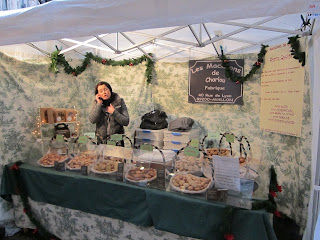 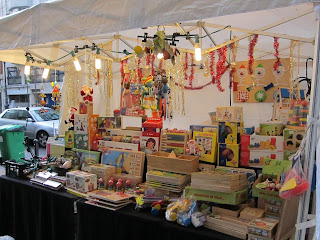 but the bunny had done a runner 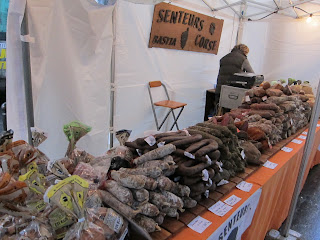 At the end of the Rue d'Alesia is the Alesia Gaumont 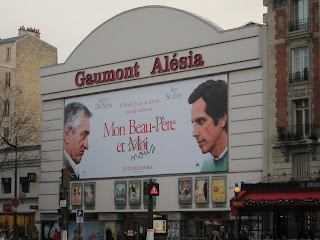 I think the bunny had come here to re-assert his pre-eminence in the ‘You lookin’ at me’ stakes and indulged in a little graffiti while he was at it.

But I may be mistaken.