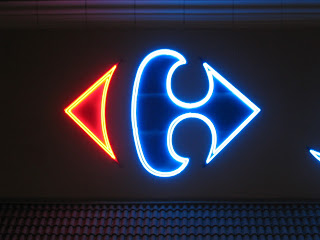 The better French supermarkets are ‘stylish’ places. No, really, it may not be everyones idea of good style but a lot of effort goes into the way they present themselves. At the same time they provide some traditional services that underpin French life - such as decent butchery, and a well stocked fish counter.
But technology tends to be the latest version, they do not to do 'old stuff'. It is difficult to buy video or audio cassettes, black and white TVs or phones with cords. Check it out next time you are in France, drop into Carrefour or E Le Clerc and you will be bombarded with the latest electronic consumer goods, and all the other trappings of our bling-obsessed times.
Carrefour have spread their tentacles and have branches in Oman and Qatar and probably other parts of the middle east. 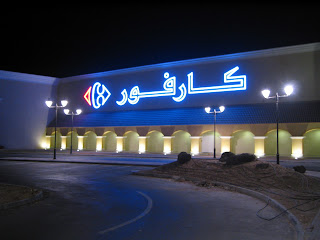 The layout is identical to the French stores and it is bizarre suddenly being transported back to France. Even the carrier bags are the same (with added Arabic). 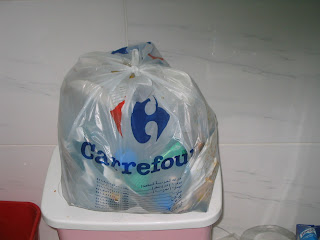 They have one advantage for non-French speakers over their French counterparts - all labelling is in Arabic and English. 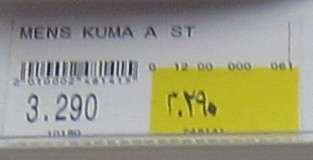 Among the shock of the new, it was something of a surprise to see this Butterfly sewing machine... 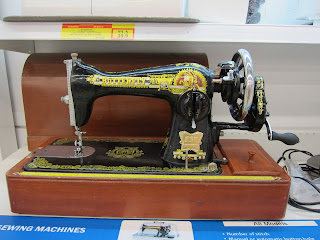 ...shamelessly strutting its stuff with the young pretenders on the shelves of the Al Qurum branch... 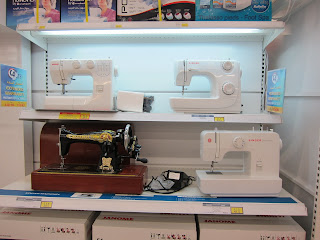 … a rather nice, solid, dependable and stylish surprise.
Posted by RPJ at 4:50 AM